Why is it, when you make a decision to rumble with someone, to knock heads (I’m talking Bill Murray’s Ghostbuster rant about “disaster of biblical proportions, old testament, real wrath of God type stuff, fire and brimstone coming down from the skies, rivers and seas boiling, 40 years of darkness, earthquakes, volcanoes, human sacrifice, dogs and cats living together, mass hysteria”–okay maybe not that bad), that you end up having to like, I don’t know, sit next to them on a plane, or be their lab partner or neighbor or something?

Well, that just happened to me.  Remember the kid I was so hot under the collar over several blogs ago entitled Don’t Read, Rated R?  Yup.  Ended up spending a week with him at outdoor school.  (This year, we took on rocks and planets out in Eastern Oregon).

You know that theme from The Good, The Bad and the Ugly that always plays when outlaws are in the middle of a shootout at the O.K. corral?  The one where they squint at each other just before they draw their guns?  Here.  I’ll try a few bars for you:  Doo-doo-doo-doloo, Bah Wah, Wah. Doo-doo-doo-doloo, Bah Wah, WAH!  A big old ball of sage brush rolls by?  Yeah.  That song.

It’s playing as I get on the bus, where I had to spend the next four solid hours.  And just who do you suppose is the first person I see?  The cussing eighth-grade rap-artist!  He was already seated.  The last empty seat was within spitting distance.  We eyeballed each other, brows a’see-sawin’.  Who was gonna draw first?  As I strolled down the aisle, we never broke eye-contact.  Didn’t smile.  Didn’t speak.  Slid into my seat.  Pulled down the brim of my hat.

Days passed.  Bumped into him every time I turned around.  I didn’t mention the obscene ballad to his mother he posted on Facebook.  He didn’t mention my vitriolic response.

I carry candy.  Lots of candy.  Especially when I’m forced into confined spaces with hormone-crazed middle-schoolers.  One blazing hot afternoon, he was hungry.  I had candy.  He wanted some.  I gave him some.  He said, “I love you!”  I said, “I love you, too.”

I think I got my point across.

If you are easily offended, stop reading now.

Seriously.  Go ahead.  Trot off and have a nice cup of coffee and a chat with your neighbor.

And, whatever you do, don’t read the last paragraph.

Okay…here goes.  Last night, I logged on to Facebook, only to find a post on my wall by a charming eighth-grade friend of my children.  I think it should be titled Ode to My Mother, as he claimed he wrote it himself about his ‘explitive deleted’ of a mother.  He says he composed this thoughtful poem because she wouldn’t allow him to have friends and s**t over any more, although it smacks more of one of Eminnem’s masterpieces.  Dude. Word.

Anyhow, I get the feeling Mummy doesn’t alway check in on her little darling’s Facebook page to view his poetry.  People, people, PEOPLE!  Why are we allowing such blatant disrespect to run rampant on Facebook?  Not only did little darling’s post make me look like a white trash bimbo on my wall, it made his mother a laughing-stock.  6 people “Liked” his poetry.  Not one of them was his mother.

Another thing that children and adults alike simply don’t get it this… Your future employer LOOKS AT YOUR FACEBOOK PAGE when they are trying to figure out who and what to hire. At this rate, this kid’s career prospects are limited to gang member, rapper (and I hear it’s super hard to break in to the industry) and serial killer.

I know, a lot of you are thinking, “Hey, why doesn’t this uptight hag simply unfriend the kid?”    I did.  But not before he sullied my wall and the walls of anyone else on his list, including MY kids.  And as an adult, I don’t feel right about not saying anything.  About not hurting/embarrassing this kid’s precious inner-child.  Letting him throw a public tantrum isn’t responsible or self-actualized, folks.  It is cowardly and uncaring.  Why do we all sit around and put up with this crap, all  in the name of freedom of speech?  Hey, if you are a minor in my household, you are free to speak you mind.  But start up with the f-bombs and we’re gonna wrangle and I’m gonna win.

I have a feeling this kid (underneath his vitriolic spew) is probably a nice kid looking for guidance.  Clearly, he’s not getting enough at home.  He’s lucky he’s not my kid.  Because if he was, his Facebook account would be history.  As would his computer, iPod, iPhone, gameboy and Xbox 360 and all the other baby-sitting devices his parents are no doubt currently employing.  He would be assigned a mountain of chores (my toilets would sparkle!) and he would have to spend endless hours sitting with (and getting to know) ME!  his new best friend!  Oh, the ways we’d bond!  He could teach me to rap and I would teach him Ephesians 4:29.  And perhaps, in the future, we could avoid the four-lane car crash that he posted yesterday.

I don’t pretend to be a saint.  Far from it.  I spent waaaay too many years using language that I have come to realize made me look illiterate and low-class.  And, vulgar.  Trampy.  Disgusting.  And, while these things may still be true, at least I try not to give off the immediate impression anymore.

For those of you who hung in with me to the end of this rant, here is the edited version of this post:

&%$-ing slut you look like a mutt you held me in a rutt im done nomore fun we had a good run you too ton timeing #$%@! your a snitch you snaked my heart i dontmean to sound dark i guess it wasnt very smart to trust you in the first place when i got the first taste i got hooked i shouldve booked it when i got to chance no i dont dance or prance for you i stayed true too you oh boo whoo #$%@ you too.

I ache for his mother.  The spelling is atrocious. 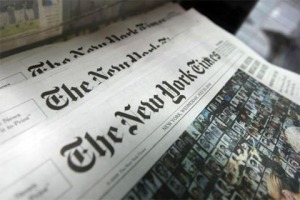 Okay, another reason I probably have yet to appear on the NYT Best-Seller list–aside from not having a book out in several years because of my protracted maternity leave–is that I was taught that it’s not lady-like to swear.  Shows a certain lack of class.  Even for my heroes.  Not that my heroes don’t drop the F-bomb left and right.  I happen to think “Fooie” is a perfectly acceptable adverb and shows that my heroes are tough enough to sling slang that might sound silly on a lesser man.  My sons wield the “DDH” bomb (doo-doo head) liberally on the playground and they have yet to be bullied.  I think it’s not what you say, but how you say it.

And, if you disagree, Fooie on you, Booger-ball.  Stings, huh?